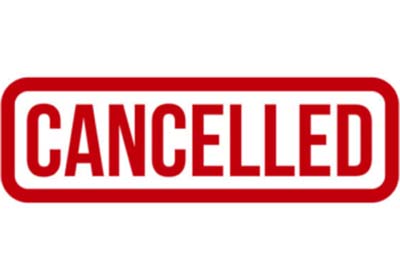 Death Of The Open House

I am posting this blog on July 15th, in the year 2021, coming right at ya from my dining room table / office / virtual classroom. The date is relevant because tomorrow, July 16th, we will be entering Stage 3 in Ontario at long last.

In the real estate world, social media has been ablaze with emotional and gushing posts from several agents about how they have been yearning to hold open houses again, and what a burden it has been to be deprived of them.

Based on the misty-eyed tone of these posts, you would surely get the impression that the return of the open house will mean everything is all of a sudden right in the world again. Cancer will be cured, Britney will be freed and the Leafs will actually win a playoff series.

As much as I hate to be the guy that brings oatmeal to a BBQ, I think we need to step back a bit and chill. Moving out of the pandemic and back into a semblance of (new?) normalcy, it has been a time of reflection for many of us. Reflecting on what life was like before the pandemic, during it and what it will be like moving forward.

Obviously it has been a time of great change, and in many cases it has accelerated societal trends that I feel were inevitably coming. Think about things like Amazon and all the streaming services, and how they have changed the way we shop and watch movies.

Real estate is no exception, and today I want to focus on one of our industry’s most venerated traditions, the public open house. As we’ve seen “cancel culture” is very real at the moment – just ask the gypsy moth. With that in mind, I want to boldly state that it’s time to CANCEL the open house for the foreseeable future.

This is not a statement I make lightly, or am unqualified to make. For the first 5 or 6 years of my career I humped the open house circuit as hard as anybody. It wasn’t uncommon for me to do 100 open houses in a year, and for the most part it was fun and productive.

The fun part was meeting all the different characters that would walk through those doors. The dreamers, the tire kickers that would inexplicably talk a big game, the professional “open housers” I would see again and again again, and the neighbours that always wanted to wax poetic about the history of the street.

I also fondly recall the mostly extinct “agent open house”, which was typically held in the early afternoon, was open to agents only and often provided food. As a new agent on a budget I used to make note of these open houses and hit a few of them for a smorgasbord (and free) lunch of sushi, samosas and assorted “funeral” sandwiches. Good times!

5 or 6 years ago open houses were still productive as well. Before the creation of sites like HouseSigma and Zolo there was a lot less information available to the general public. As an agent, If you knew your shit and had an organized follow up system you could get good leads and generate business. If consumers wanted sold data and additional information they still needed to go through an agent then.

A few years ago I noticed a dramatic change in that. With the benefit of the aforementioned websites, consumers were armed with more information than ever before (solds, complete property sales history etc.) I noticed that people started coming into my open houses armed with ipads and apps open on their phone. In short, they came fully prepared.

As a result, I began noticing they would barely even deign to say hello. You were lucky if you got a first name on your sign in sheet or a bogus phone number. I started seeing e-mails like [email protected] There was so much less engagement, and that coupled with the fact that the agent count swelled to over 50,000 in the GTA made leads much harder to come by.

For me personally, the return on my time was no longer there and my business had gotten to the point where I didn’t need to rely on open houses for income anymore. It was an easy decision to pull back.

As mentioned earlier, one of the things Covid has done is push inevitable advancements forward at a lightning pace. Another thing it has done is highlight on the most basic level what’s truly necessary in life, and what isn’t necessary. And to these eyes open houses fall on the wrong side of that sword.

Keeping in mind that it is our duty to always look out for our SELLERS’ best interests, my rationale is as follows:

Open Houses No Longer Serve Any Real Purpose For Sellers

Here’s the dirty secret – open houses have ZERO impact anymore when it comes to actually selling a house. The notion that some schmuck walking his dog down the street, with no plans to buy a property, will stumble into an open house and be so blown away that he decides to buy it on the spot is laughable and naive. That never happens and never will.

The other dirty secret is that the overwhelming majority of people who visit open houses are nosey neighbours, “Lookey Lous” in search of free design ideas or random strangers that just happen to be passing by.

The truth is that any serious and qualified buyer will make a private appointment to see the house with their agent and relish the opportunity to have the house to themselves for 30 minutes.

If a buyer does not have a dedicated agent they can contact the listing agent and the listing agent can show them the house at their own discretion. In either scenario, there is absolutely no reason why a buyer wouldn’t be able to see the house in the absence of an open house.

Where open houses DO still serve a purpose is that they allow for agents to promote themselves and have a lead generation stream, and I’m not certainly not knocking that (I would be a hypocrite if I did). But ultimately that does nothing to benefit the seller.

As much as everybody wants life to go back to the old “normal”, I think we are kidding ourselves if we blindly take that for granted. I believe the pandemic has changed the way we will think about certain things for a long time to come.

I think people will be much more conscious about the spread of airborne germs and contaminants moving forward. Extending this thought, it stands to reason that many sellers (especially older ones), will be less than thrilled by the notion of dozens of tire kickers snooping (and coughing and sneezing) through their house with no intention of buying. Open houses are a petri dish for germs and bacteria.

If agents properly educate their sellers about how open houses really work, I feel strongly that very few people will actually want them anymore.

The best buyer agents usually follow a similar process. They preview a longer list of homes in person by themselves first, and then they whittle that list down and only show their buyers the best options privately. That’s best practice.

The worst agents phone it in by simply sending their buyers a list of open houses and then tell them to go see them on their own over the course of the weekend.

This is doing the least amount of work possible, and is a disservice to the buyer and often a waste of their time as they trudge through a bunch of houses that aren’t right for them and that they would never see if their agent had put in the work.

I used to see these hapless souls every weekend, searching in vain for a grail that was never there. Further, in a supercharged market a lot of houses will never see the light of a weekend open house as they will get snapped up on a bully offer. So these buyers lose again.

I sincerely hope this post doesn’t come off as overly pessimistic or cynical, as that truly wasn’t my intent. I simply wanted to share the reality I see and have experienced. But as the saying goes, opinions are like a#$holes. We all have one and thankfully that can never be cancelled.