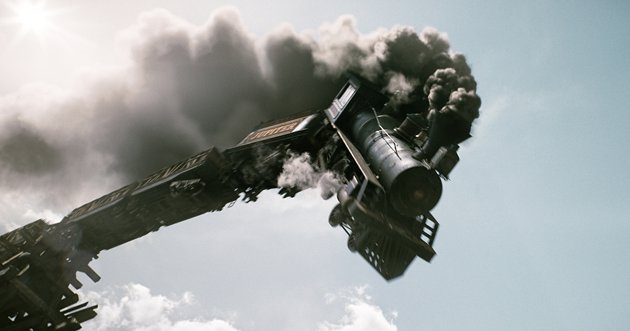 “Wrong way on a one-way track.” – The legendary Soul Asylum.

One of the most surprising developments of the Pandemic has been the unstoppable price growth of GTA real estate. Imagine fire on a gasoline trail with some kerosene thrown in for good measure, and that’s how fast prices have gone up.

With the benefit of hindsight we now know why and how we got here, but I can tell you that on the ground level this unprecedented price growth was the last thing any of us expected.

Entering April of 2020, it was a dark and uncertain time to be a realtor (and to be alive in general). People were literally afraid to leave their house, many sellers decided to postpone their plans, and prices predictably flatlined.

There was also a strange period where there was an attempt to transact completely virtually, which predictably stumbled. It’s one thing to buy a condo on floor plans alone, but there’s simply no way anybody will drop $1.5 million on a house they can’t see in person.

So for the month of April the real estate industry was in limbo, just like the world at large. But real estate bounced back quickly and with a vengeance, which unfortunately was not the case for a lot of other sectors. By May prices were already going back up and the crazy train was pulling out of the station.

The January sales were just released and it was eye opening to put it mildly. Maybe not eye opening, actually more like being sprayed in the eyes with mace if you are a prospective buyer. The average GTA sale price was $1,242,793, which is another record setting month. It’s even more shocking when you consider that January is typically a down month, and it shows unequivocally that the momentum of 2021 is carrying over into 2022.

“They say that misery loves companyyyyy.” – Soul Asylum yet again.

For those good at math that’s an increase of $421,401 in less than 2 years! That’s an increase in value of 51%! Not even the shadiest and most far-fetched of Ponzi and crypto schemes can offer this kind of return, and best of all you can actually live in your house.

With this in mind, I thought it would be fun to take a look at a real life example of this growth in a real life condo development.

In November of 2020 I helped first time buyers purchase a 3 bedroom condo townhouse in Durham. The development was fairly typical of Durham, and while it had experienced price growth during covid it certainly wasn’t on par with what we had seen in the 416 at that time.

Offer night came and we found ourselves the winner of a 10 offer melee, which in and of itself is telling as right now buyers would kill to “only” be up against 9 other offers. After hemming and hawing, my buyers stretched to $640,000 on a $569,000 list price and it got the job done.

It was more than they wanted to pay and more than anything else in the development had previously sold for, but my buyers were sharp and they knew the market was moving extremely fast. So at the end of the day we all felt good.

Fast forward to July of 2021, and the exact same model sold for $700,000. I texted my client: “How are you feeling now about the purchase?”, and promptly received a smiley face emoji back. This is the fun part of real estate.

If the story ended here this would be a huge win for my clients and a happy ending to this blog. But it gets better, so much better. Or worse depending on your perspective.

For those keeping track, that’s an increase in price for the exact same model in the same development of $360,000 in a 16 month period.

It’s a 56% increase in value, which outpaces the price growth in the 416 by a substantial margin. It’s crazy, and frightening, and remarkable, and frustrating, and many other adjectives.

After the last sale I texted my client yet again, simply: “Wanna sell??”. This time he replied: “I would sell tomorrow, but where the f#@k would we go??”. And therein lies the problem that can never be solved.